Summary: Suicide is the act of ending one's life, and often occurs when people feel overwhlmed by stresses in their lives, such as mental health issues (e.g. depression, anxiety or substance use problems), or stresses at home, school or work. Individuals consider suicide when they feel they have no other way of coping. The good news however, is that there are always other alternatives...
Add to Info Cart
PDF 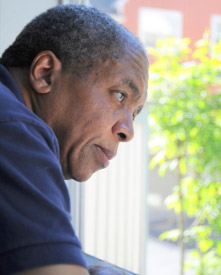 Suicide is not a topic most people want to talk about; but odds are you know someone who has attempted or died by suicide. Maybe you’ve even lost a friend, family member or coworker to suicide. At last count, 3613 people in Canada took their own lives. That’s more lives lost than from traffic accidents and murders combined that year. Suicide has been called a “hidden epidemic,” it’s time to take it out of the shadows.

Who does it affect?

Studies show that up to 90% of people who take their own lives have depression, substance use problems or another mental disorder—whether diagnosed or not—at the time of their suicide. Most people who attempt or complete suicide don’t necessarily want to die; rather they want to escape their overwhelming emotional pain. Ten to 15% of people with a mental illness will end up taking their own lives.

There are a number of other factors that can put someone at higher risk of completing suicide:

Is someone you know thinking about suicide?

Most people who take their own lives show some noticeable signs that they are thinking about it beforehand. Thankfully, if these signs are recognized, immediate action taken and support given, many lives can be saved. There are ten warning signs that experts suggest you should watch out for. To help you remember them, they spell out IS PATH WARM?

Has someone you know:

If you see several of these behaviours, especially the first one, it is important to take them seriously and get help right away.

What can I do about it?

If you think someone you know is considering suicide:

Special thanks to HereToHelpBC for permission to reproduce this article.

Image credit: Adobe Stock
Find help in Ottawa-Carleton, ON
Counselling and Therapy
Crisis and Emergency
Mental Health Facilities
Mental Health Professionals
Suicide
Table of Contents
Introduction
Who does it affect?
What can I do about it?
For more information
Acknowledgements

There are currently no related patient handouts.
Add to Info Cart
Examples of Common Workplace Accommodations   Accommodations should be based on your needs and the employer’s resources. There is no standard list of reasonable accommodations, but here is a list of commonly provided workplace accommodations: Job coach assistance in hiring and on the job mentoring as necessary. Job coach/mentor could be from an external agency or be f...
More...

Accommodations should be based on your needs and the employer’s resources. There is no standard list of reasonable accommodations, but here is a list of commonly provided workplace accommodations:

Rights and Responsibilities of the Employer & Employee

Adapted from “Employment” , in “From Rollercoaster to Recovery”.

A Manual of Promising Suicide Prevention Strategies
This manual has been written for people who want to develop and implement suicide prevention programs. The authors have done their best to present this information in a positive, culturally respectful and straightforward way. Take what you can, modify it so it is more likely to work for you. It is important to note that this manual is only able to focus on the first important stage of addressing the suicide problem: prevention. It is hoped that future manuals might address later stages such as crisis management, treatment, and postvention.
Centre for Suicide Prevention
Audience: Public (www.ementalhealth.ca)
Resource type: Websites including blogs, support forums

Beyond the Blues: Child and Youth Depression
Documentary about depression, available free on streaming video. "Statistics reveal that depression in children and youth is on the rise. In fact, it has increased by one-third in the past 30 years. Untreated depression costs a teenager in many ways: lost educational opportunities, lost social opportunities and lost time. Through the personal stories of three young people, this compelling documentary traces the journey of depression, from early signs and symptoms, to assessment, diagnosis and treatment. The documentary also helps shatter some stereotypes. 2004, 56 min 30 s Directed by Maureen Palmer Produced by Sharon Bartlett Maria LeRose"
Knowledge Network Corporation
Audience: Public (www.ementalhealth.ca)
Resource type: Movies and videos

Coping with Suicidal Thoughts: A Resource for Patients
Coping with Suicidal Thoughts is intended for individuals who are currently experiencing suicidal ideation and/or have had a plan or made an attempt to hurt themselves. The document is designed to offer resources, information, support, and practical steps to help cope with suicidality.
Simon Fraser University
Audience: Public (www.ementalhealth.ca)
Resource type: Printed materials including handouts, brochures and books
Download: CopingWithSuicidalThoughts.pdf

MindHealthBC
Online service to help you find the help you need for depression, anxiety, and other mental health and substance use conditions. This includes: * Local support groups and health services within Vancouver, Richmond, and Coastal communities * Online information pages and workbooks provided through BC Partners for Mental Health and Addictions Information and other trusted BC sources * Self-help or supported self-help programs such as the BC Canadian Mental Health Association’s Bounce Back® Online (available without a doctor’s referral) * Valuable resources for friends and family members seeking information for their loved ones.
Vancouver Coastal Health/ Providence Health Care
Audience: Public (www.ementalhealth.ca)
Resource type: Mobile app, such as for iOS, Android, etc., Movies and videos, Printed materials including handouts, brochures and books, Websites including blogs, support forums
SuicidePrevention.ca
Has links to Crisis Centres throughout Canada.
Canadian Association for Suicide Prevention
Audience: Public (www.ementalhealth.ca)
Resource type: Websites including blogs, support forums